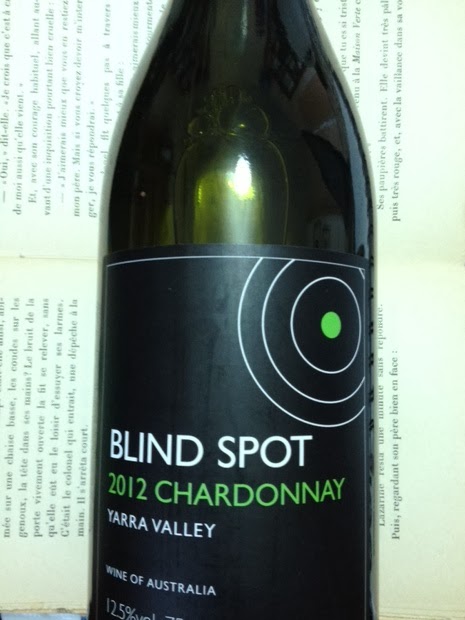 When I started Blind Spot two years ago, I thought I would use it to chronicle my research project on blindness in French culture as well as my experiences as a partially blind academic. In my first post I promised to write about my research findings and I renewed that promise on the blog's first birthday. In fact when I look back at the 80 or so posts I have written since Blind Spot started, only a handful of them are overtly about my academic work. (See, for example, 'Reading in Detail'; 'Therese-Adele Husson'; 'Flaubert and the Medical Model of Disability'; 'The Taboo of Blindness' and 'Touching the Book'.) What started out as a research blog has gradually become a collection of writings on blindness, disability and the tyranny of the normal. My most popular posts, (which appear at the bottom of this page) are about Children in Need, audio description, the unwitting dangers of ableist society and blindness in popular film and fiction. My favourite posts are about my relationship with BBC Radio 4, the joy of public transport and learning braille. What all 80 posts tell me is that this blog has helped me both claim and celebrate my blindness, it has made me into a disability activist and it has introduced me to many new people and experiences.

I may not mention my research very often but it is still the driving force behind this blog. My thoughts on blindness in the modern world are always informed by the work I am doing on nineteenth-century French fiction (and increasingly the reverse is also true). Indeed the most interesting of the 40 or so novels featuring blindness I have worked on so far are the ones which challenge or critique some of the misconceptions about both disability in general and blindness in particular which still haunt modern society.

The figure of the passive blind beggar is a recurrent feature of nineteenth-century French literature. The way that he is often used as a symbol of failure or tragedy finds a sinister echo in contemporary images of blindness such as the offensive advert I wrote about last year. Such depictions insidiously emphasise that blindness is a disaster, a tragedy, almost a fate worse than death. But my research shows that not all nineteenth-century French writers were happy to accept this predominant stereotype. One such example is a 1892 primary school textbook by Vessiot which includes a short story in which two schoolgirls discover the hitherto unsuspected intelligence of their local blind beggar. Like another story which appeared in 1887, 'L'Aveugle' by Alphonse de Launay, this seemingly innocent tale in fact encourages a whole generation to rethink their preconceived notions of blindness by teaching them that appearances can be deceptive. One of the things I will argue in Visions of Blindness in French Fiction 1789-2013, the book which will eventually come out of my research, is that it is only by understanding how and why the blind were depicted throughout history, whilst also analysing the works which critique such depictions, that we can hope to finally rid society of its pervasive and devastatingly negative view of blindness.

Posted by Hannah Thompson at 12:19 No comments: