Recently I was lucky enough to visit Japan with my family. Like most tourists, we spent our time admiring the country's temples, palaces and pagodas, shopping for chopsticks and yukata and enjoying the wonderful food on offer. But I also spent some time thinking about what it might be like to be blind in Japan. Below I list my three favourite blind-friendly Japanese experiences, in no particular order.... 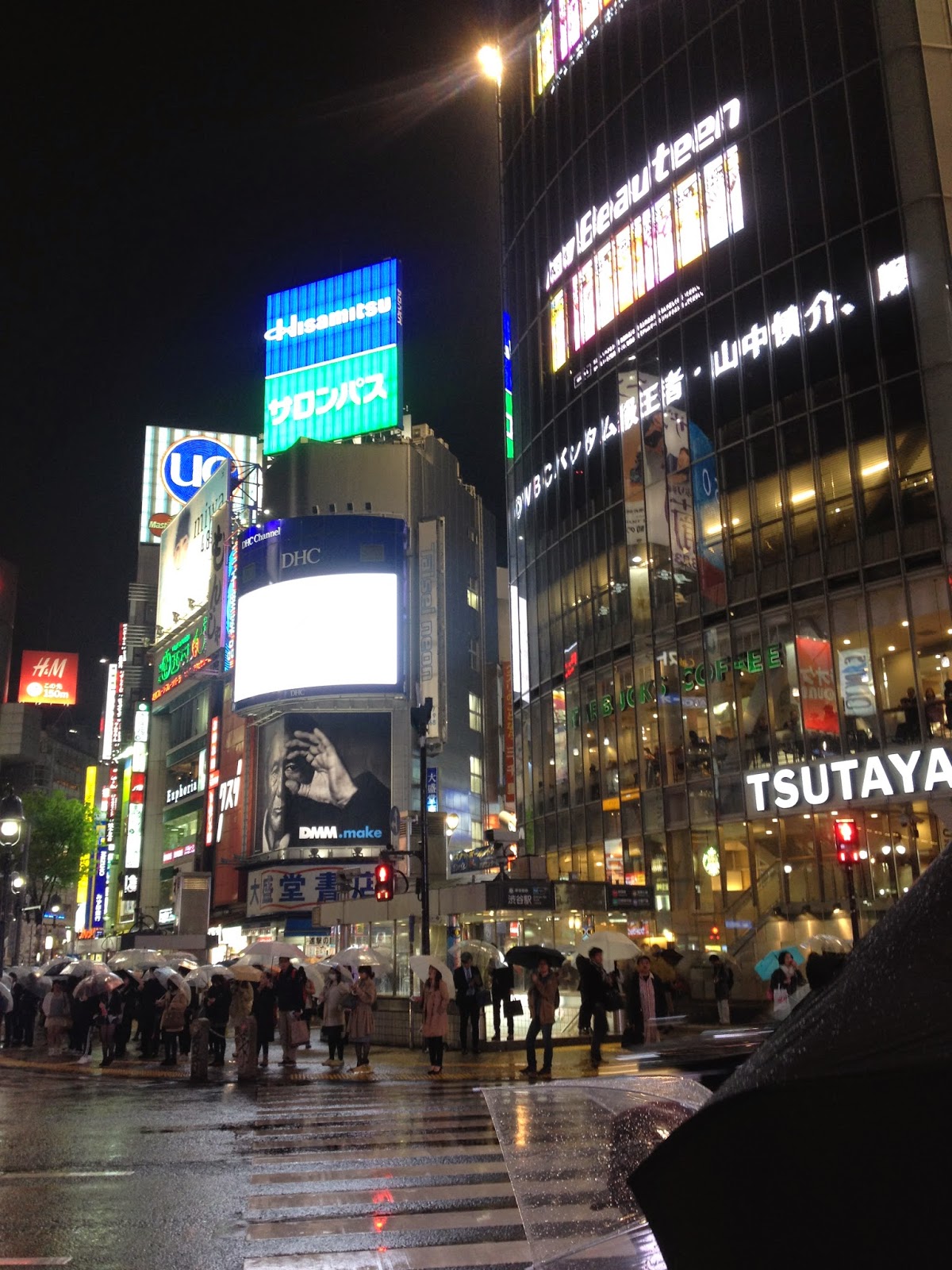 This image shows the hustle and bustle of Shibuya crossing after dark, with its giant neon adverts overhead.

1) Multi-Sensory Tokyo
Japan's capital city is well-known for its stunning sites and dazzling neon and we certainly found much of interest to look at in the city. But it is also a place which appeals to the other senses much more strongly than other cities I have visited. I was particularly struck by the way the smell of incense pervades the city. Temples, shrines and many shops burn incense at their entrances and this leads to a kind of olfactory beckoning: it felt to me like the wafting aromas acted as a non-visual window display inviting me in to pause and explore. Add in the enticing smells of cooking coming from all sides and a walk through the city becomes a richly evocative smellscape. 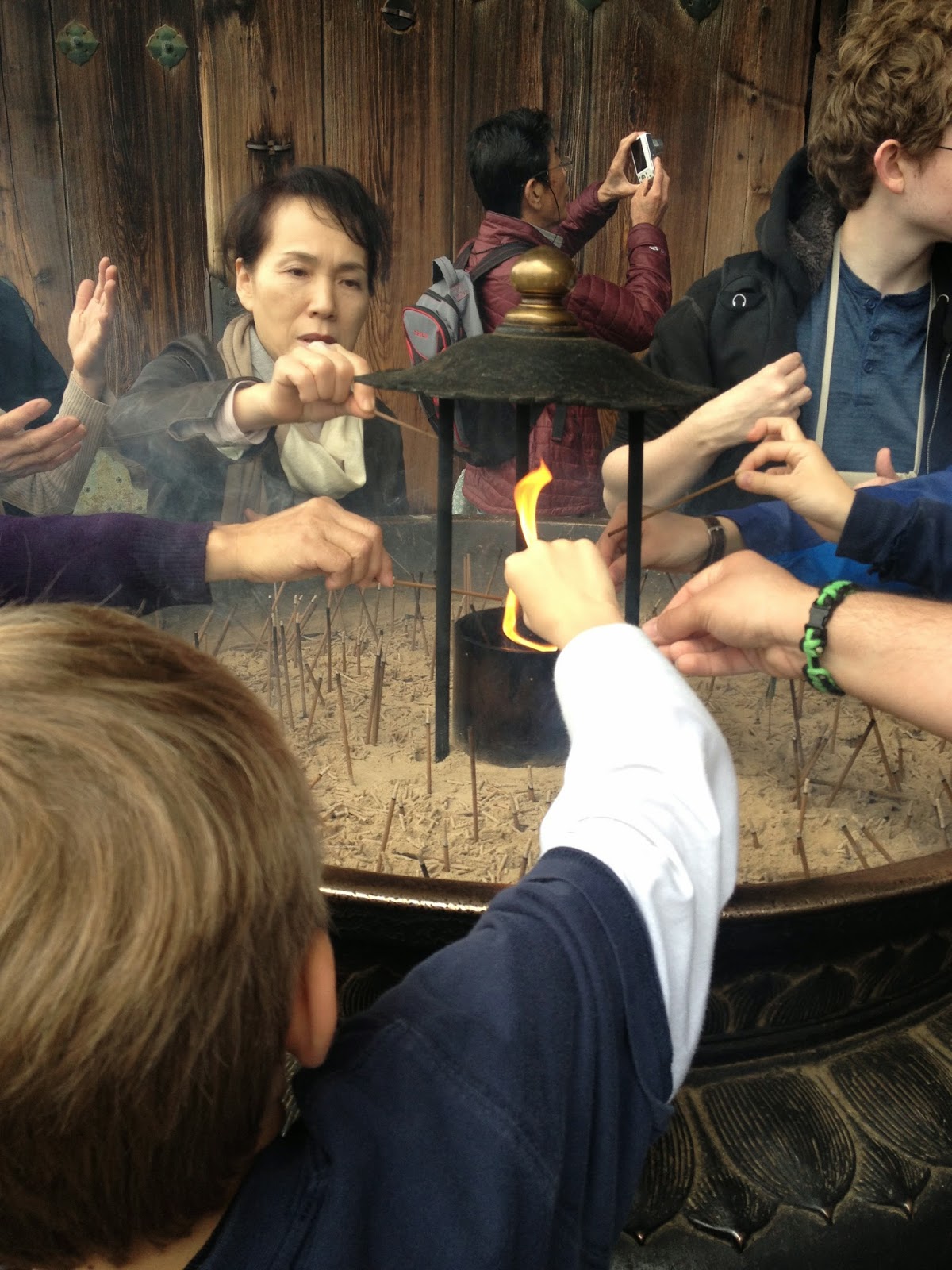 The image shows a group of people, including my youngest son Zac, lighting incense sticks outside a temple in Nara.

2) The Bath-House
Communal bathing is a favourite social activity in Japan and we were excited to discover a bathhouse next to our hotel in Tokyo. I'll admit that I was nervous about visiting at first. Not only would I have to visit on my own (my husband and sons were sent to the male side of the establishment) but I knew my glasses would be rendered useless by the steamy atmosphere. Once I had got my bearings though, I realised that the bathhouse is an environment where other senses take precedence over the sense of sight. I found that the ritual of washing and then immersing my body in a series of pools of varying temperatures (from very hot to very cold) was a holistic experience which spoke especially to my sense of touch. And the uninhibited way the Japanese women at the bath-house were happy to walk around naked suggested that unlike our obsessively body-conscious Western culture, Japanese people are perhaps more accepting of bodies of all different shapes and sizes.

3) Tactile Streets
From the moment we stepped off the plane at Haneda International Airport, I was struck by the amount of tactile signage provided. Paths of large raised dots on the ground indicated the routes to passport control and bag claim, and a Braille display even explained the layout of the airport toilets. These helpful floor markings continued throughout the city's public transport network and beyond. Even in small hostels and hotels, both indoor and outdoor flights of stairs were marked by tactile panels and many flights also had Braille on the handrails to indicate the start and end points. All escalators and lifts has audio prompts, as did traffic lights and many vending, ATM and ticket machines. As a pedestrian I felt both well-guided and safe and this attention to the blind person's ease of mobility made navigating unfamiliar places a surprisingly pleasant and relaxing experience. 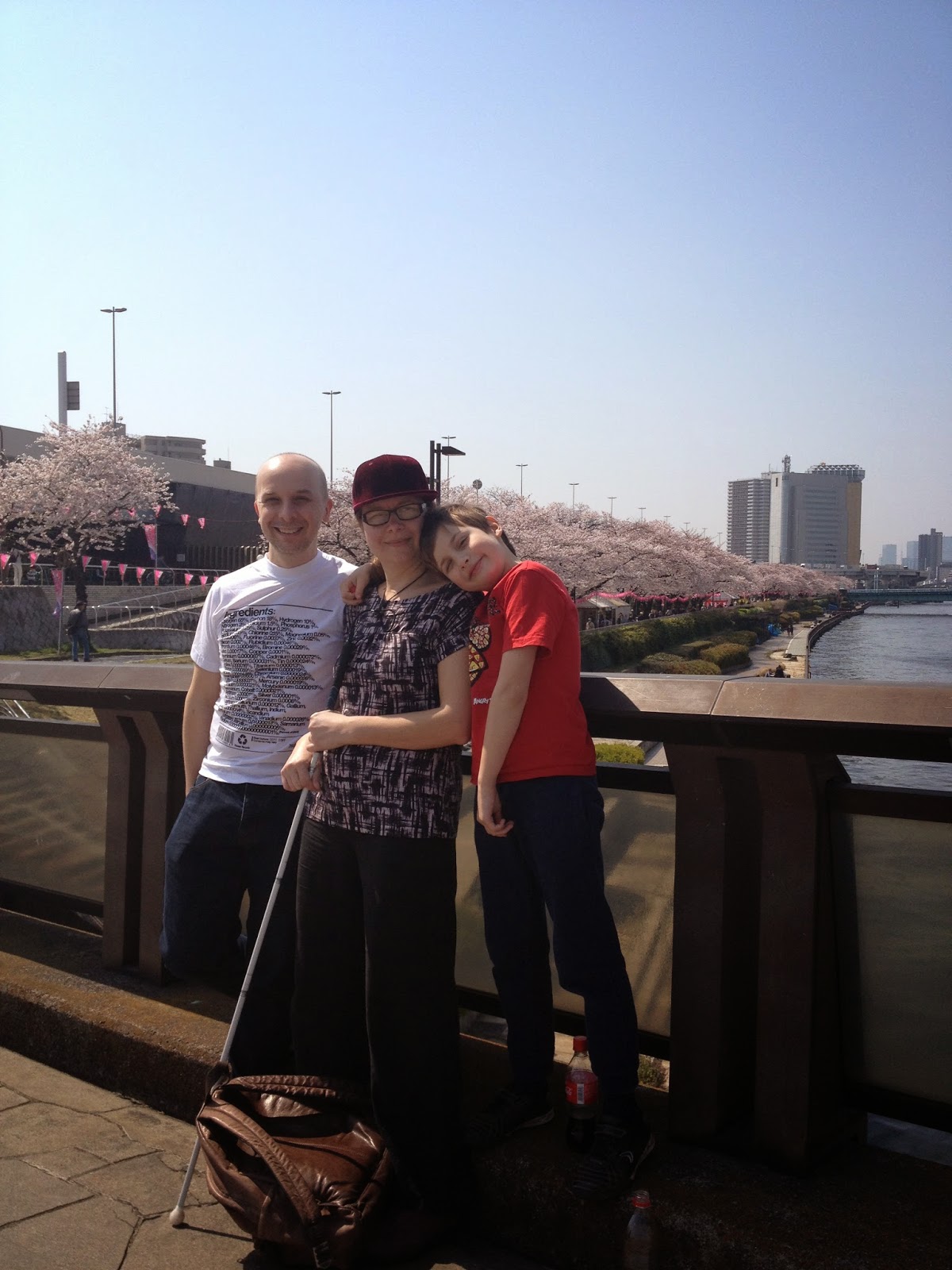 This image shows me with my husband and eldest son Raffy standing on a bridge over the Sumida river. There are trees laden with cherry blossom in the background.

Posted by Hannah Thompson at 13:26 3 comments: Links to this post