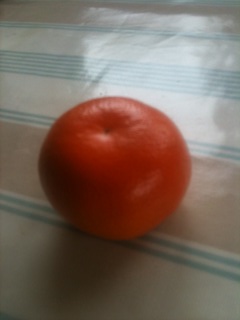 I am co-organising an international conference on the history of blindness and the blind in Paris in June 2013. As well as myself in Oxford or Egham, there are members of the organising committee in San Francisco, Catania, Mulhouse and Paris. Meetings take place in Paris with far-flung members joining in via Skype conference calling. Yesterday it was my turn to host the conference call. This involved creating a group of contacts and calling them all at the same time. It worked like clockwork except for the fact that without Skype Premium (which no-one wants to pay for) the conversations are voice-only rather than video. It seems particularly fitting that the organising committee of a conference on blindness needs to rely on sound rather than sight to conduct its business.

Taking part in a meeting 'in the dark' is much easier and more fun than I was expecting. The hardest thing is remembering to follow a few simple rules such as asking people for their opinions by name, and expressing agreement or dissent verbally rather than through gesture. No amount of nodding or head-shaking will convince colleagues who can't see you of your opinion. At first I worried about how I would know who was speaking. But it soon became clear that everyone has their own very distinctive voice. Being forced to pay attention only to what I could hear meant that the ways in which people said things became just as important as the words themselves. I found myself listening much more intently than I usually do in meetings and I'm sure I can remember more of what was said and by whom than at several sighted meetings I've been at recently.

But the best thing about that meeting was that I knew no-one could see me. I ate an orange, tidied my desk and sent a few routine e-mails whilst taking part in the discussion. The amount of time I spend listening to radio four whilst washing up, making supper and tidying the house stood me in good stead: it turns out that I am an accomplished aural multi-tasker. This was one of the most productive meetings I have attended, in more ways than one.

Until now, I have shied away from video-calling and didn't really understand what all the fuss was about. I didn't like seeing myself on screen and resented the fact that the other person could see straight into my home or office. But video-conferencing without video is a whole different animal. Skype's policy of charging for visual video-conferencing suggests that they, and presumably people in general, think that it is better to have sight than not to have it. But I disagree. I think meetings 'in the dark' are more relaxed, more productive and more stimulating. They also have the advantage of showing the sighted population that sight is not indispensable: indeed sometimes (during my rather messy snack for example), the lack of sight is in fact a very good thing.
Posted by Hannah Thompson at 13:50

Email ThisBlogThis!Share to TwitterShare to FacebookShare to Pinterest
Labels: history of blindness conference