My Problem with Children in Need 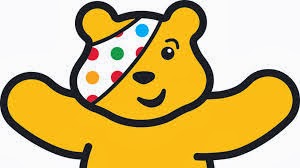 Last Friday the BBC ran their annual 'Children in Need' appeal to raise money for children and young people in the UK. According to their website, the 'Children in Need' vision is 'that every child in the UK has a childhood which is safe, happy and secure [and which] allows them the chance to reach their potential'. This year, nearly £32 million was raised on appeal night, as the British public watched a series of heart-wrenching films alternating with celebrity appearances, songs and features.

'Children in Need' is something of a British institution and I have watched it all my life. But it is only this year that I have begun to think critically about both the nature of the appeal, and the methods they use. Their aim is a laudable one, but shouldn't a happy, safe and fulfilling childhood be the birthright of every child? Why are we depending on the good-will of the British public to make this happen? Shouldn't it be up to the government to fund these services? Many of the projects featured on Friday's programme seem pretty crucial to me: hospices, bereavement counselling and assistance dogs don't feel like luxuries. They should be at the centre of a joined-up welfare system which ensures that every child is given what they need to achieve their potential regardless of where they live or their family's income. (Not to mention the problematic focus on the UK when children are dying all over the world right now).

Like guide dog puppies, children are hugely photogenic. It is easy to use sad music, well-chosen words and tragic images of cute children to guilt-trip the British public into donating a few pounds. Viewed critically, the 'Children in Need' appeal might be seen as a masterpiece of insidious manipulation. People give money because they feel sorry for the brave children who are struggling with truly terrible afflictions. For the next twelve months we are comforted by the thought of our altruistic act of giving and handily forget about the terrible unfairness of a welfare system which isn't doing the job it was surely meant to do. Giving makes us feel better, and there is no doubt that people are benefiting from the donations we make. Giving solves short-term problems but it does not necessarily help in the longer term. Charities are only as strong as their bank balance. If the money dries up, the projects vanish. This is why these services need to be centrally funded in a sustained and sustainable way. Rather than encouraging big business through enormous tax breaks, the state should pour as much money as it possibly can into making sure that every child in the UK automatically has a happy, safe and fulfilling childhood.

Another issue that 'Children in Need' conveniently forgets is the question of what happens to these children when they turn 18. Adult welfare and social care is woefully underfunded in this country and it is being cut dramatically even as I type. As well as (or instead of) giving money to 'Children in Need', please consider signing the WOW petition which calls on the government to completely rethink their welfare policies and priorities. Sick and disabled adults are much less photogenic than their younger counterparts. Yet they are just as much, if not more in need. I wonder how many disabled children featured on 'Children in Need' in the past are now disabled adults who are struggling because of government cuts and punitive welfare reform. Now that would be a documentary I'd like to see.

I have always felt a special bond with Pudsey, the 'Children in Need mascot. After all we both have an apparently inoperable eye-condition which doesn't stop us smiling. But increasingly I don't like  what he stands for. He uses the language of tragedy, pity, bravery and sympathy to get the British public to happily pay for services which our government should be providing. And he uses photogenic images and tear-jerking music to blur our critical judgement so that we stop asking why.
Posted by Hannah Thompson at 13:27