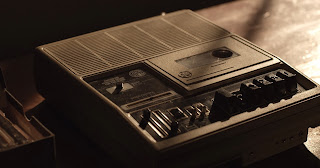 How can the medium of film illustrate blindness? British cinema adverts for audio description (such as this one), depict blindness as a blank screen where the soundtrack alone indicates what film you are missing. Going to the cinema with your eyes closed would have the same effect.

These ads might make a valid point about what audio description can add to the cinematic experience, but they do not give a very realistic representation of what it is like to be blind. Blindness is not at all like living with your eyes shut. Most blind people have some kind of visual perception and all blind people experience their lack of vision differently. Sight is one of five senses: but most sighted people have no idea how their other senses contribute to their perception of the world. A blind person's world is not a bleak world of darkness or blackness but a multi-faceted landscape informed by sounds, textures, smells and tastes. Blindness can sometimes feel like entrapment, but it can also sometimes feel like freedom. This is something that the makers of new documentary short Notes on Blindness have worked hard to capture. 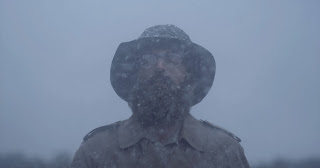 Notes on Blindness, which premiers at the Sundance festival and on the New York Times website today, is a dramatisation of some of the original recordings of blind academic and writer John Hull. Hull lost his sight in 1983 after a long period of deterioration and his writings chart his responses to his own blindness. Notes on Blindness is a thoughtful and sensitive attempt to create a sense of what going blind might feel like. It would have been very easy to make this film into a heart-wrenching and tragic tale of Hull's descent into darkness. Instead, the film makers reject sentimentalism - even at the most poignant of moments - and (somewhat paradoxically) use the visual medium of film to emphasise both the bewilderment and panic felt by Hull, especially in the early days, and the subsequent richness of sense impressions which he comes to appreciate. 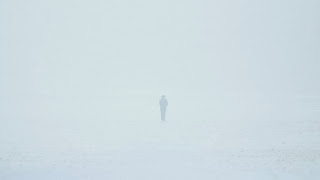 As the film progresses, blurry and disorientating images of pitch black coal mines and dizzying white snowstorms are replaced by scenes whose striking visuality is nonetheless secondary to their multi-sensory impact. My favourite part of the film is the rainfall sequence. Hull's words describe how he loves rain because he can use the sound it makes on objects to create an aural landscape where he gains a sense of size, shape and texture through sound. When he expresses the wish that rain could fall indoors, in a kind of constant watery audio description of sorts, we are shown a striking image of rain falling in his kitchen. This astonishing segment challenges the viewer's perception by asking her to think about rain - and thus about the blindness with which it is now associated - in a profoundly different way. 'Cognition is beautiful' says Hull at the end of the film. And this is a beautiful film which engages with blindness in a thoughtful and provocative way. 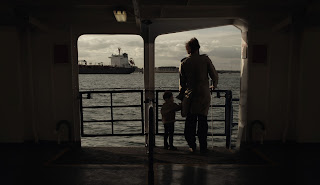 My thanks to the film's production team for letting me see an advance preview of the film and for sending me some stills to use in this post. A feature-length version of Notes on Blindness is now being made and you can keep up to date with developments on twitter (@intodarknessdoc) or on facebook.com/intodarknessdoc.

Posted by Hannah Thompson at 10:12